Inspired by the Neon Sign Park and at the request of Casa Grande’s Historic Preservation Commission, Casa Grande Main Street board president, Richard Rosales, has created a mapping program to illustrate photos, history and location of the Neon Sign Park signs, all the signs in Casa Grande that have been identified as eligible Local Sign Landmarks and  those signs that have already received local sign landmark designation.  The mapping program is available under “About the Park” on Neonsignpark.com or by clicking here 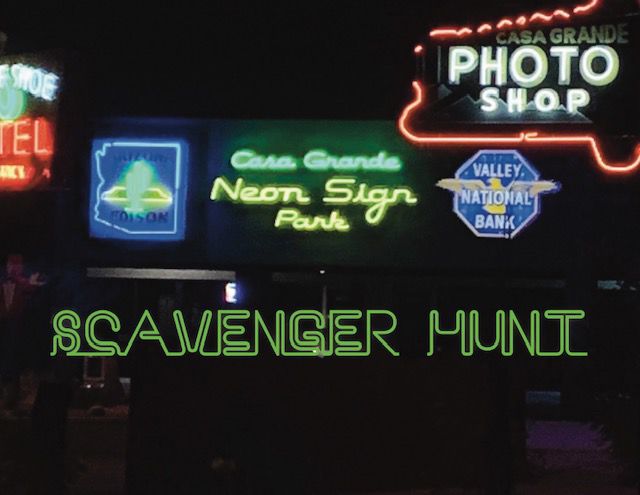 CASA GRANDE — A scavenger hunt, featuring a stroll through downtown, begins at 7 p.m. on Friday. At the DowntownLIVE event, appropriate for all ages, there is no cost to participate. The scavenger hunt is a new monthly event for DowntownLIVE, which is designed to spark new interest and energy in Casa Grande’s downtown. It was created by Marlyn Gallagher and designed by Kim McWherter, according to a press release by event organizers.

Vicky Vargas, Crystal Martinez and Jason Durivage of Mission Heights Prep and Bob Shogren and Iyannah Carranza from Casa Grande Alliance are among the members of the Friends of the Neon Sign Park, the press release said.

An article on the Neon Sign Park was in the February issue of the magazine. 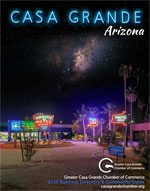 On the evening of the 2020 Annual Dinner & 2019 Award Program the 2020 Business Directory & Community Guide was revealed with the front cover featuring Casa Grande’s Neon Sign Park.  They have also printed a “Visit Casa Grande and Pinal County tri-fold that features the Neon Sign Park.

CASA GRANDE, AZ (AZ HIGHWAYS TV) --It was a vision, that has become reality. Casa Grande's Neon Sign Park is now live and in vibrant, living color. The signs are all from Casa Grande except for the Dairy Queen sign. That's from Holbrook, on Route 66. Marge Jantz is the chair person of the Casa Grande historic preservation commission. "Most of the signs are from the early 1950's," Jantz said. "There's so much history in these signs that go back almost 70 years," said Richard Rosales, who serves as the President of the Main Street Board in Casa Grande. 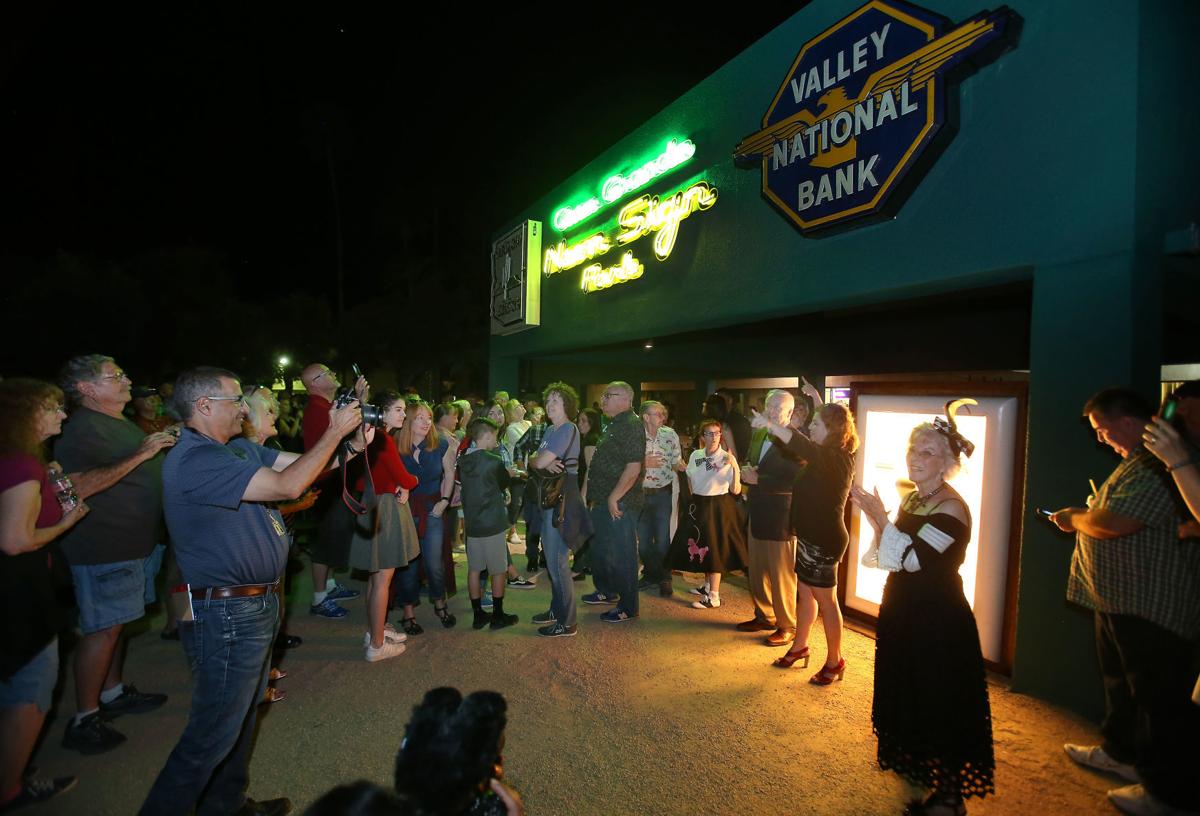 CASA GRANDE -- The lights are now on at the newest community attraction in Casa Grande — the Neon Sign Park.

The light switch was officially flipped at the park in Arizona Plaza, 408 N. Sacaton St., during a public celebration ceremony Saturday evening.

The park pays tribute to the neon and classic signs that once graced the Casa Grande and Arizona business landscape.
“It’s hard to put into words what I believe this park will mean to the community,” said Rina Rien, director of Casa Grande Main Street. “I am optimistic and encouraged by the buzz being created surrounding the park and how we are already translating it into a strategic vision for revitalizing our downtown.”

A joint project between Casa Grande Main Street and the city of Casa Grande Historic Preservation Commission, the new park features 14 signs that have been salvaged and restored.

Downtown Casa Grande is going to be a little brighter soon.

CASA GRANDE — Downtown Casa Grande is set to be a little more electrified.

On Friday city and civic leaders held a ceremonial groundbreaking on the Casa Grande Neon Sign Park, which will be created in Arizona Plaza. The park will feature about 14 rehabilitated, mid-century electric signs along with walking paths and benches.

On Friday, the first steps were taken to transform a shaded courtyard in the plaza into the park. The land is owned by the Kramer family, the owners of Casa Grande Valley Newspapers Inc. and PinalCentral.