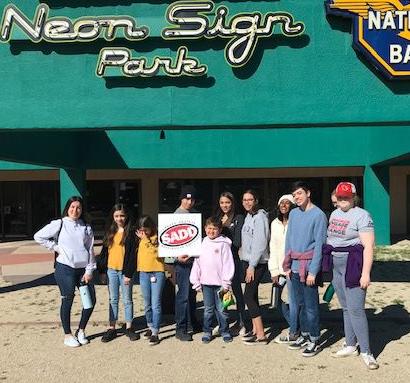 CASA GRANDE — A scavenger hunt, featuring a stroll through downtown, begins at 7 p.m. on Friday. At the DowntownLIVE event, appropriate for all ages, there is no cost to participate. The scavenger hunt is a new monthly event for DowntownLIVE, which is designed to spark new interest and energy in Casa Grande’s downtown. It was created by Marlyn Gallagher and designed by Kim McWherter, according to a press release by event organizers.

Vicky Vargas, Crystal Martinez and Jason Durivage of Mission Heights Prep and Bob Shogren and Iyannah Carranza from Casa Grande Alliance are among the members of the Friends of the Neon Sign Park, the press release said.

“Combined with her previous professional tour experience and her passion for sharing the wonders of the downtown, Marlyn created a scavenger hunt for the Neon Sign Park. Marlyn had all the information, but in order to appeal across multiple generations, she wanted to make it digital. This made her think of Kim McWherter, who was the first person she went to for advertising when starting Gallagher Tours,” the press release said.

McWherter has worked with community members and area businesses to create unusual and fun activities and events for local residents, including Townie Tuesday and DowntownLIVE events, aimed at driving traffic downtown, according to the press release.

“Marlyn and Kim share the dream of bringing many more people of all age groups downtown to share what wonderful treasures the area has to offer,” the press release said.