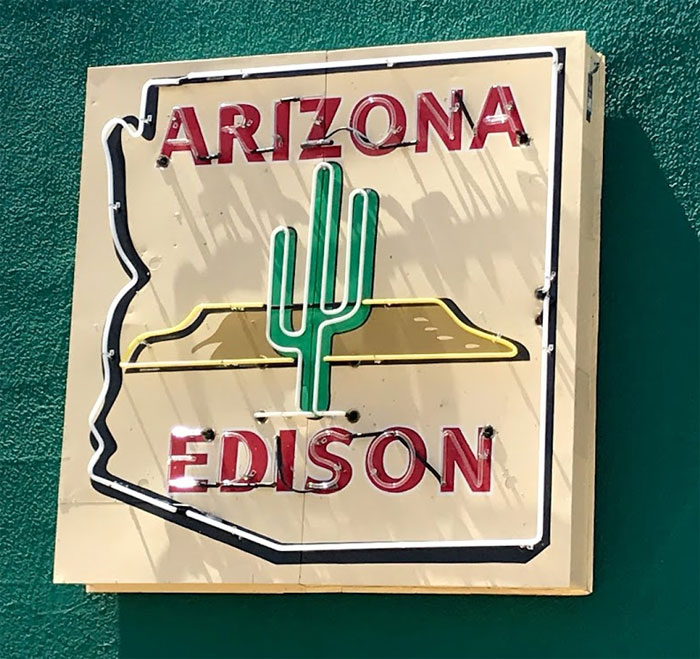 Building Constructed 1950 • Sign Installed 1950
Arizona Edison was the predecessor to Arizona Public Service Company. Their offices were at 408 N. Florence St. from 1929 until they built a modern streamlined building at Second St. and Marshall St. in September of 1950 to house their district and division headquarters. Originally there were two
one-sided identical signs, but only one remains. On Aug. 21, 1952 a Casa Grande Dispatch article reported that the Arizona Edison signage was given to the City of Casa Grande and it was pole mounted at City Hall on Marshall Street. The City changed the words to read Casa
Grande, Arizona, retained the outline of the State of Arizona, the cactus and the mountains. This newspaper article fully described all the colors of neon with portions of the sign flashing off and on and finishing with the complete scene at regular intervals.
We began the project with only a black and white photo of the original sign and no neon on the sign. With this detailed information in the newspaper article the restoration could be completed with the original appearance and the original neon colors.